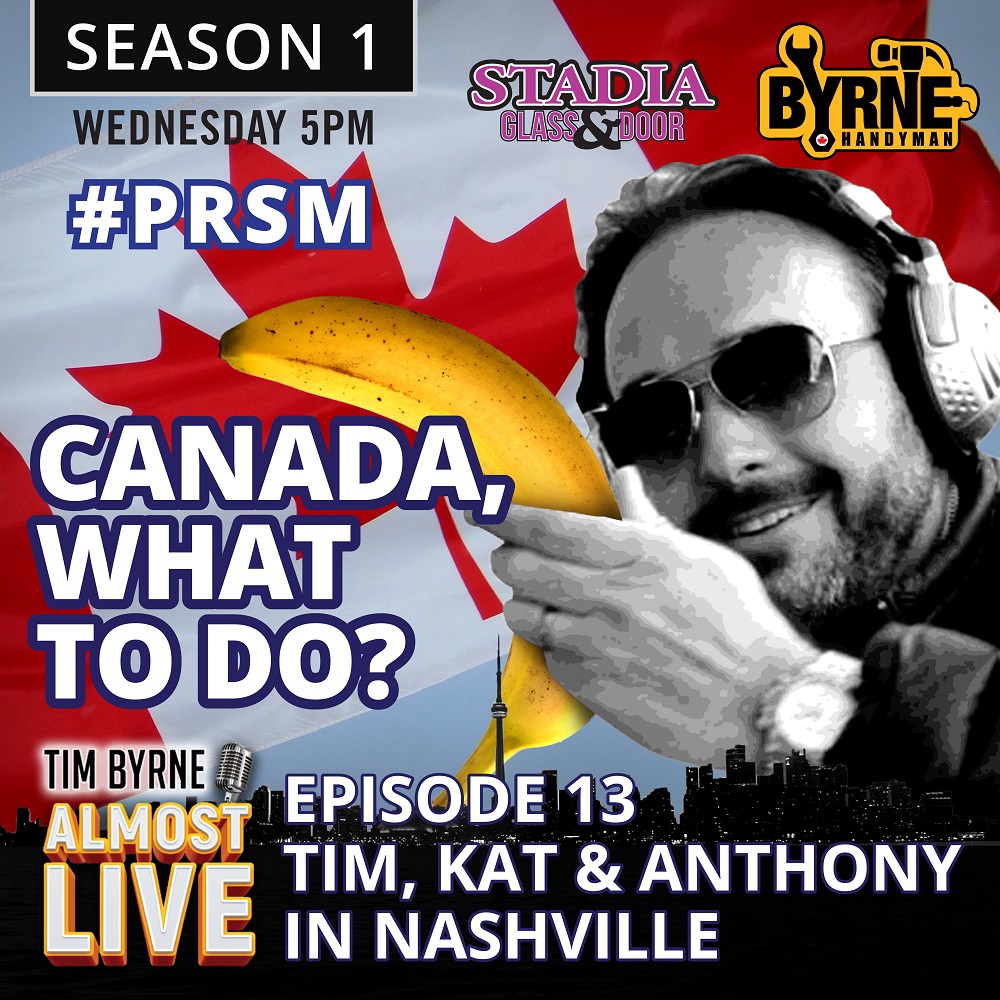 Tim is in Nashville this week. He’s there attending the PRSM conference. (That’s the Professional Retail Store Maintenance Association for the uninitiated.) The conference promised “The largest Multi-Site Retail & Restaurant FM Conference with best-in-class education sessions and networking events plus more than 300+ qualified exhibitors all under one roof!” But after the first full day Tim can’t figure out why he is there at all.

To get to the bottom of this he’s convened a secret late night taping of the podcast with his trusty sidekicks Kat Byrne and Anthony Vinzi. The conversation begins with a diagnosis of all that’s wrong with PRSM. For starters Tim and company feel being Canadian has put them at an extreme disadvantage. The conference is almost entirely geared to the American attendees.

“We’re like the orphaned child waiting for the scraps.” Tim says.

The other issue is that there are way more vendors than retailers. The rare retailer that does show up is quickly swarmed by twenty vendors. Kat thinks there is a much different atmosphere at IFMA events. They have a strict no selling policy and the events are much more geared to meeting new people in the industry.

Tim thinks the biggest issue is that the PRSM event is only once a year. It’s hard to build a community when you only see each other every twelve months. Tim shares the story of the early days of BOMA twenty years ago. They focused on suppliers and get them to collaborate on issues they shared in common. They also met twice a month religiously. There was only a few dozen members in those early days but that has since grown to thousands.

As the episode wraps up Kat is struggling to justify the $5000 annual fee to be a part of PRSM not to mention the $10 thousand expense of traveling to Nashville. Tim thinks that retailers should be given free memberships and the vendors should have to pay a little more.

Tim thinks they should take a step back. Meet every month. Get a drink somewhere and start slow.

“Get together the people you should. Make it regular so everyone is friend and it will evolve on it’s own.” 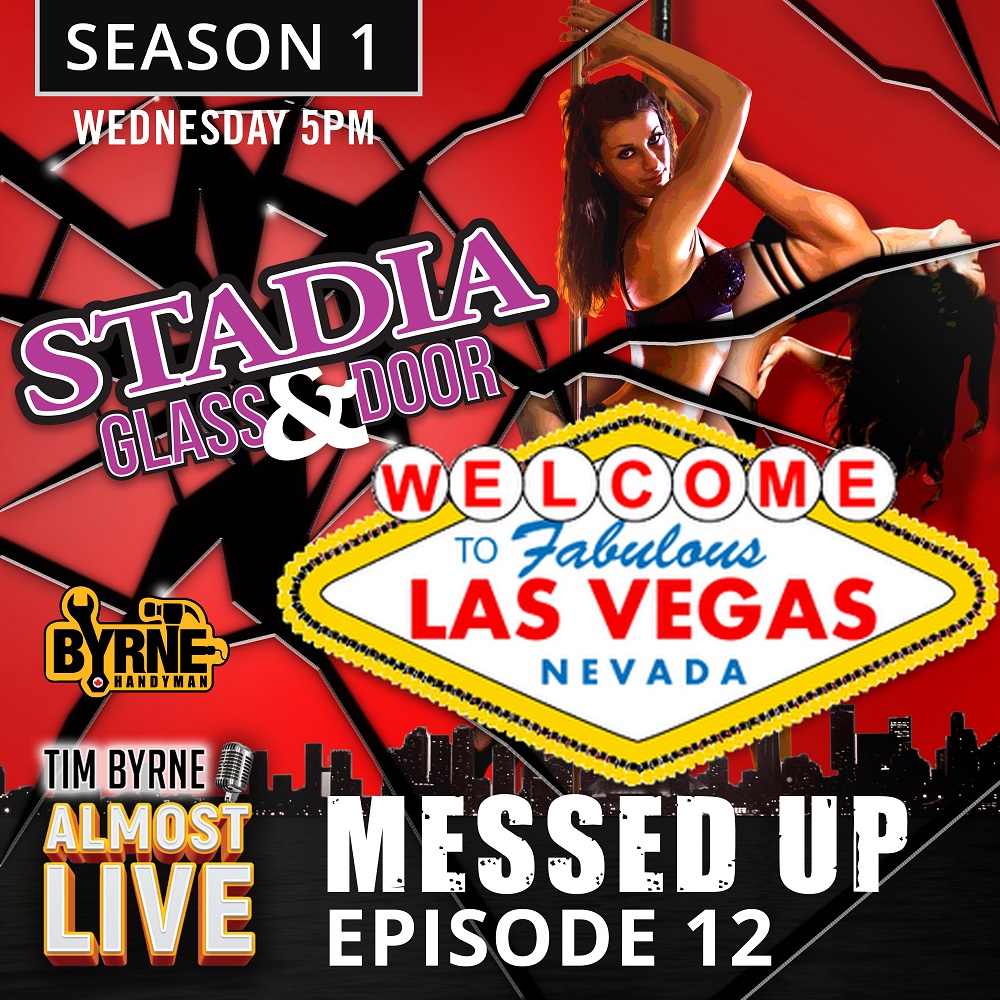 Las Vegas.  It’s a storied city.  The home of The Rat Pack, The Strip and The Bellagio.  But when Tim’s guest this week mentions that he recently returned from Las Vegas he focuses on something else entirely.

“Do you have any stories about hookers and blow?” Tim asks Josh Stratton.

Josh is a pretty reserved member of the Stadia and Byrne on Demand team and politely declines to fuel Tim’s lascivious imagination.  Instead he shares the story of his recent divorce tour of Las Vegas. He and a friend went for dinner and drinks shortly after arriving in Sin City. They staggered back onto The Strip at the exact moment a group of parachuters landed right in front of them.  It seems a group of intrepid base jumpers took advantage of quiet Vegas night to jump off the top of a construction crane. Tim, unfortunately, is totally unimpressed by this story.

“I think you should have added some hookers, nudity and blow to that story.” He says.

Tim had to beg Josh to do this interview.  It seems that not only do Stadia’s customers think this podcast is a terrible idea, so do most of the staff.  It’s just another example of the loony owner with another dog shit idea that is likely going to sink the entire company.  Josh is used to this of course. He’s been with the company for five years.

Tim and Josh have known each other for longer than that, though.  They first met through a mutual friend named Fraser who worked at an electronics store.  Tim had done quite a bit of work for that store. But the owner was late paying the bill.  Tim rolled up on his Harley, hopped off the bike, stormed into the store and politely told Fraser that if he didn’t pay what was owed he was going to destroy every TV in the place.  Without missing a beat Fraser cut him a check and the two became fast friends. It was at Fraser’s wedding that Josh and Tim met each other. They were both getting trashed at the bar when Tim decided Josh would make a good addition to the company.

Josh didn’t know a fucking thing about door and glass when he first joined Stadia.  Tim said not to worry about it and the he would learn on the fly. Josh did figure out the business eventually but only after more than a few mistakes.  The most famous example occurred while changing the giant windows at The TD Towers.  It was a frozen January weekend and they had to swap out a 20 foot piece of glass using the remote controlled suction gear.  The glass was out and set to be installed when the R/C unit stopped working. The glass sat hovering just a few inches off the ground for six hours as Josh desperately tried to figure out what was wrong.  In the end the solution was the same as with every piece of electronic gear. Just restart the fucking thing. 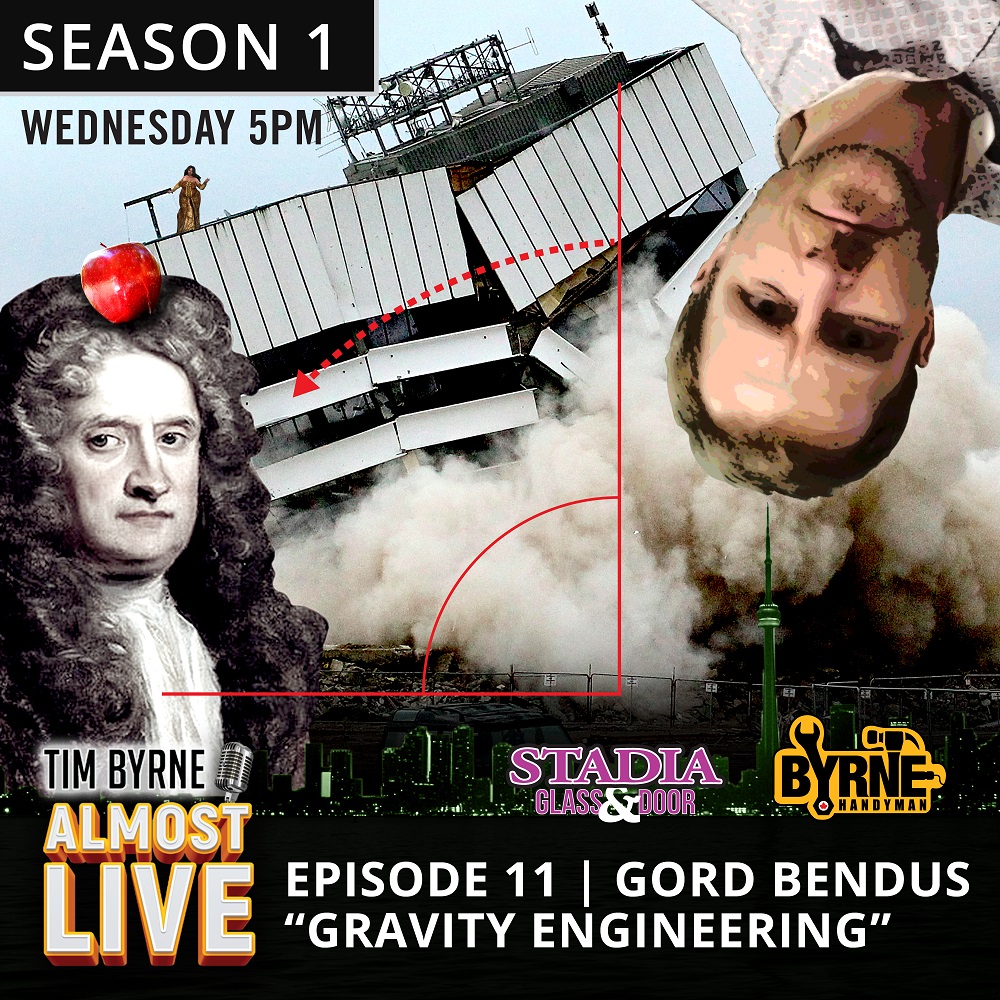 Tim travels through the heart of darkness along the 401 and finds himself in London, Ontario this week. There he meets up with the Editor of Glass Canada magazine which is the premier trade publication for the glass industry. Patrick Flannery is also the editor of Fenestration Review which puzzles Tim.

“What the fuck did you just say?” He politely inquires.

It turns out that fenestration is a fancy word for the arranging of doors and windows in a building. This comes as a big surprise for Tim. He has managed to work for over three decades in the glass and door business without ever hearing the word ‘fenestration.’

He doesn’t let that slow him down.. Soon Tim and Patrick are discussing the flood of cheap curtain walls from China. They also discuss why Chinese manufacturers have so many advantages over their less subsidized Canadian counterparts.

Soon the conversation shifts to Patrick. Tim is blunt with his questions.

“Do you know anything about the glass business?”

It turns out Patrick, unlike Tim, was spared growing up in the business. Instead, Patrick got a journalism degree which he quickly discovered was totally unusable in the mind 1990’s. He worked as a tool salesman for a number of years before inching back into writing through industry publications like Glass Canada.

Before long the pair start commiserating about the more frustrating aspects of the business. First and foremost is the difficulty of actually getting interviews.

“Do you have problems getting interviews?” Tim asks.

It seems there is a pervading culture of secrecy in the door and glass business which is utterly mystifying to both Tim and Patrick. Who told these people that never talking about your business is a good PR strategy? Patrick often encounters this when potential guests tell him they want to keep “a low profile.” A low profile from what? Are they spies?