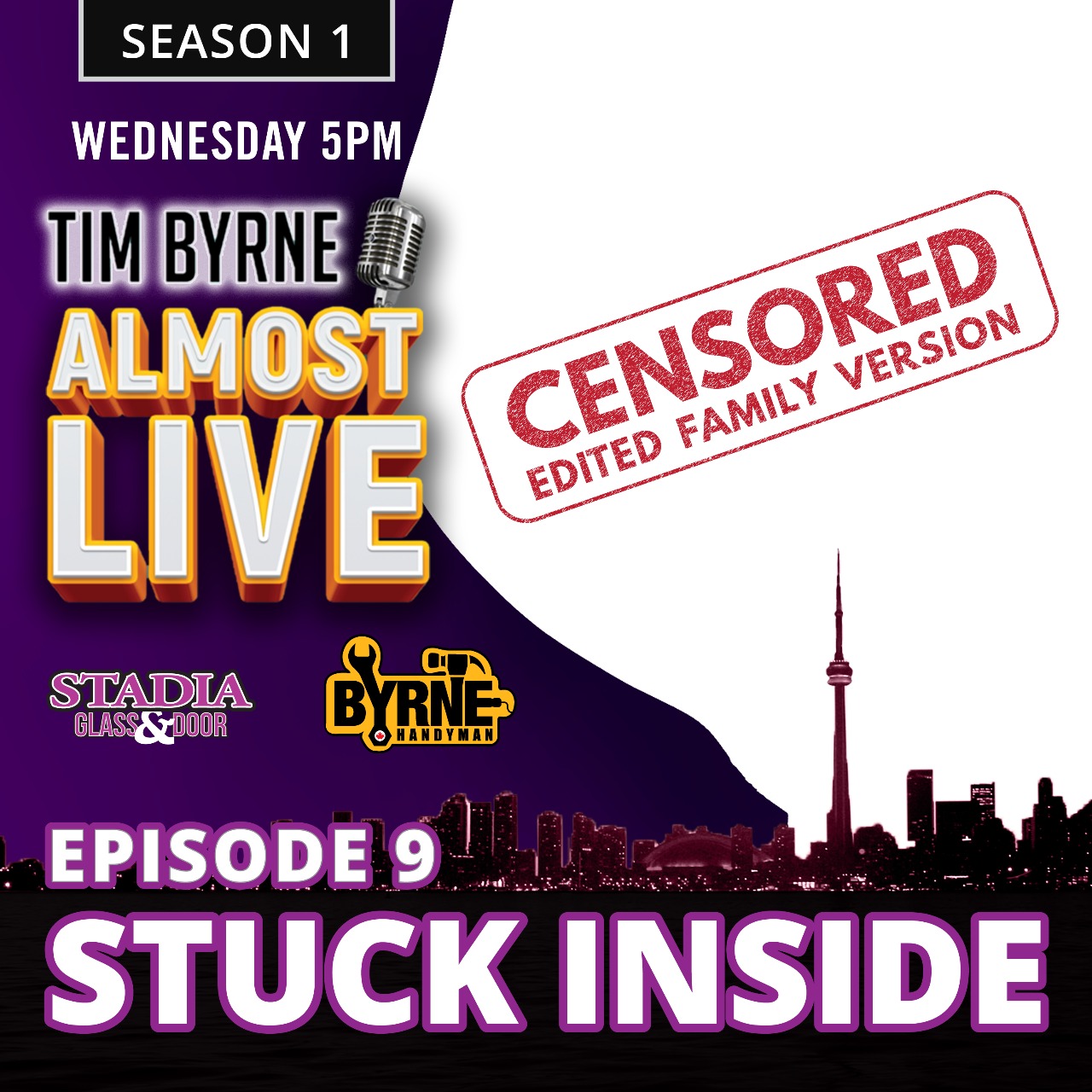 Tim has undertaken this brave odyssey in the hopes of better illuminating why no women want to come on the show. All Tim wants is a bunch or woman to sit around and talk shop. He wants to know about salary disparities and sexual harassment in the workplace and wages.

“I dare you all to come forward,” he says. “You can pick the subject I can even change your voice.”

The problem is, in Tim’s view, is that that political correctness has gone completely overboard. Everyone has a chip on their shoulder and everyone is looking for everyone else to say sorry and pay for sins of the past. On top of it that employers had to lower their employment criteria so people of any race and gender can apply even if there skills are not the same. No longer do you have to be good at what you do.

How ridiculous is this fact, Tim argues. Dalhousie University recently started their emplojment equality standard practice by stating there is a need to hire minorities. For Tim, it should Just be the best person. The right attitude. The right skills.

Tim has a friend who is a young pilot. He’s white with lots of hours in the air and a perfect record. He was recently turned down for a job with a major airline badly in need of pilots. What he was told in so many words is that he is the wrong sex and wrong colour. 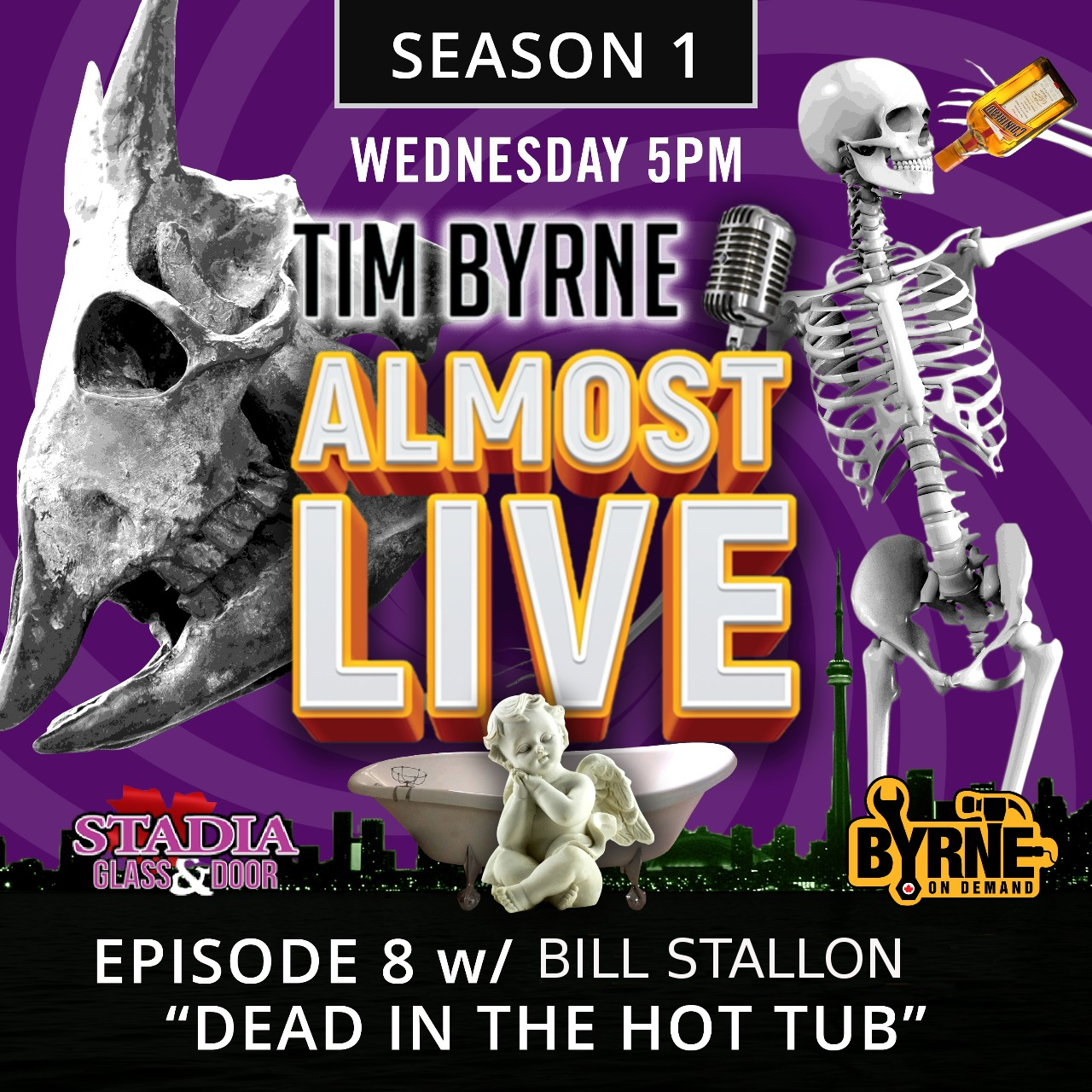 Tim was just a young pup when he met this week’s guest Bill Stallon. The BOMA lunch at the King Eddy was essential for hobnobbing back in the day. That’s where a scrappy new entrant into the construction trade first encountered a well-seasoned, construction veteran named Bill Stallin.

“Why’d you let me hang around all the time?”

“Because I couldn’t get rid of you!”

Back then Tim had just struck out on his own and his day consisted of pounding on doors from 7 a.m. until noon, looking for new clients. Then he would find out where Bill was and the pair would commence drinking. The booze wasn’t entirely social. They both used those lunches to harangue old clients or get to know the new ones. One of their regular meeting places was the Matisse Restaurant in the Marriott Hotel. Because it was near the subway there was an open invitation for clients to meet up at 4 p.m. every Thursday. It was a great way to stay in touch with clients but it was also really fun.

“My bills for food and booze were 7 or 8 thousand a month back then,” Tim says.

Business schmoozing is nothing like it used to be. When Tim gets a request for a bid from a company that he doesn’t know he likes to call them up. He asks to take them to lunch and to fill our a credit application. Then they hang-up.

Tim uses the last portion of his conversation with Bill to talk about one of their more memorable adventures together. Tim was given a last minute invitation to join Bill and a group of other industry friends for a ski trip to Beaver Valley. The night consisted of a giant steak dinner followed by a card game. The card game went on until 2 in the morning at which point Tim found himself $10 thousand up. This despite not knowing how to play cards.

The group then retired to the hot tub. Because no one had swim trunks that meant everyone was naked. Not having anything to drink one of the hosts offered a full bottle of XO Cognac. It was 30 below that night so one has to imagine four pasty white construction guys bobbing naked in a steaming hot tub, toques on their heads while getting absolutely shit-faced on cognac.

“My dad used to spill more than I drank,” Bill says in an attempt to explain what happened next.

After drinking the entire bottle Bill was now soundly asleep, happily bobbing in the tub. Tim gently placed his knee under Bill’s head to prevent him from drowning. They also used his exposed stomach and chest as cup holders. It’s now 5 a.m. and Tim declares that it’s time to get Bill out of the hot tub. What followed next was a heroic attempt to move the much larger Bill out of the Tim.

After dragging Bill like a corpse across a frozen threshold they left him in the laundry room. (Covered up for modesty’s sake) The rest of the group made breakfast and went skiing for the day. It was only after returning at 4 p.m. that Bill finally woke up. 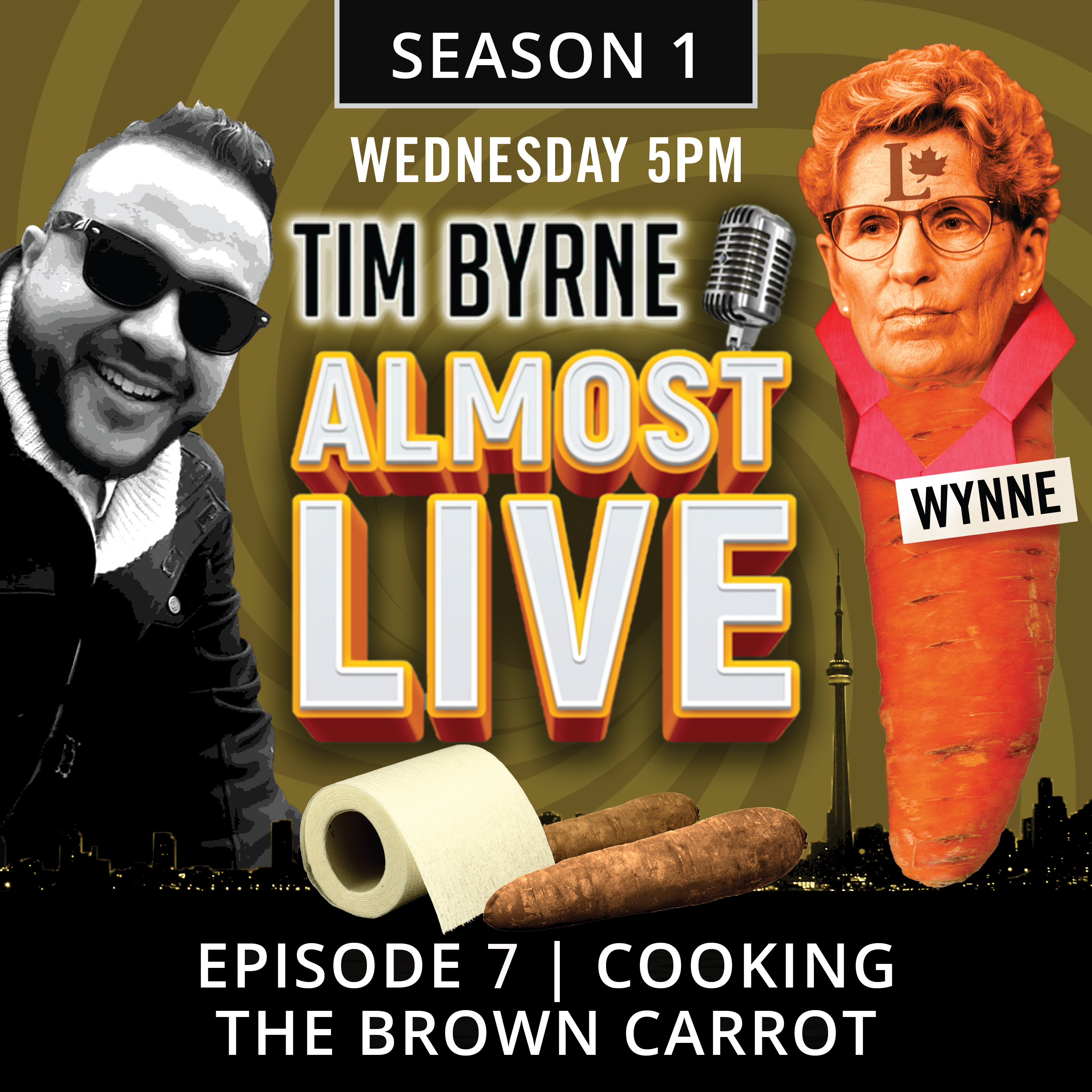 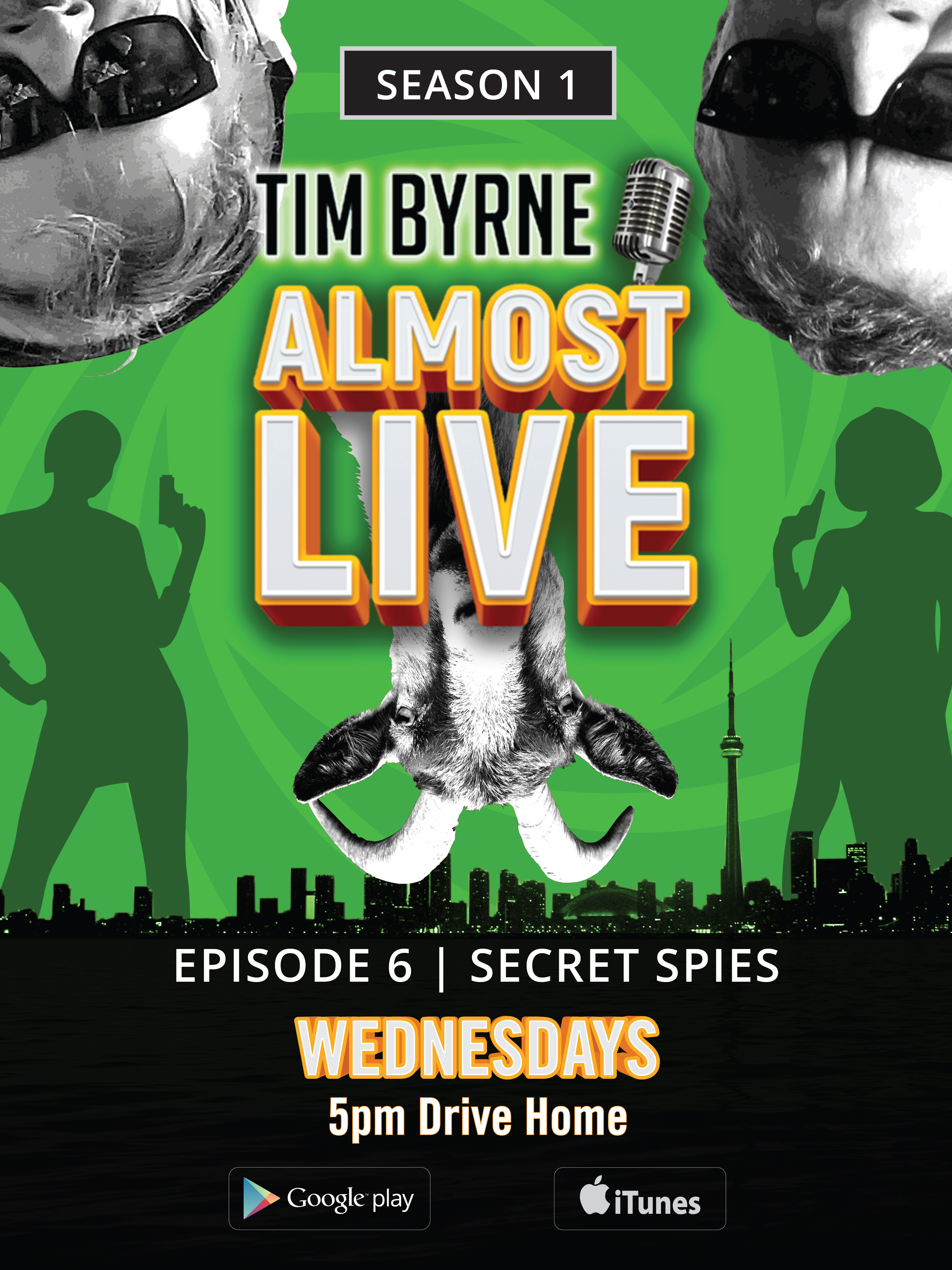 In this edition of TBAL Tim welcomes the founder and managing director of Trust 1 Security in Toronto. Doug and Tim have been friends for many years which is evidenced by Doug being one of the few people left in T.O. willing to come on the podcast!

Doug first moved to the city in 1986 and worked as a security guard and later founded a security company with his brother. Five years ago he founded Trust 1 which offers security cameras, card access and alarm monitoring services. Tim find that business painfully boring which he was quick to emphasize during his conversation with Doug.

“That sounds wickedly boring,” he says to Doug.

“It’s not,” Doug replies. “It’s technology and I love technology.”

“But aren’t you in an industry that’s dying because of companies like Ring and Nest?” he asks.

Doug calmly explains that there is a difference between a Mercedes and a Hyundai. If you manage the Eaton Centre and you install Ring as your security camera you’re being grossly incompetent. There’s a huge limitation to those entry-level systems. There’s really impressive new technology in the security sector, Doug continues. There are systems that will alert a guard when someone walks into a section of the building that’s been flagged. And there are also sophisticated facial recognition systems that will alert security guards when a banned person enters the building. The conversation quickly veers from professional concerns to (as is often the case) Tim talking about himself.

“I think my reputation proceeds me,” Tim tells Doug. “I think people think I’m rough around the edges and eccentric and brutal.”

Doug assures him that’s not the case but points out that Tim has been incredibly visible in the industry for a very long time. Tim recounts the difficulties of booking guests for this podcast. Everyone at Stadia and Byrne on Demand hates the podcast, he says. But it’s not just Tim’s staff that think this show is a bad idea. Many of Tim’s clients hate it too. Just the other days a major client threatened to pull all their business if Tim ever mentions his company again. What’s even more disturbing to Tim is the fact that the CEO of that company has never met Tim.

“You should go and meet with him,” Doug advises. “Tell them you are different for any number of reasons but you aren’t a threat to him.

The conversation suddenly snaps back to Doug’s business when Tim asks him if he has ever lied to a client. “Never!” Doug replies. Tim is unconvinced but Doug goes on to explain that the only way to run a business is to speak truth to power. He means that you have to tell the client what they need to hear even if it’s uncomfortable sometimes.

Tim and Doug wrap up their lively chat with a conversation about clients.

“Who do hate working for?” Tim asks.

Doug deftly dodges the question but does answer the follow-up about which companies he loves working for. For the answer you’ll have to listen to the end of the episode! Tim ends this episode by thanking Doug for taking a big risk by appearing on the most hated podcast in the industry.

“Gretzky says you can’t score if you don’t take a shot.”