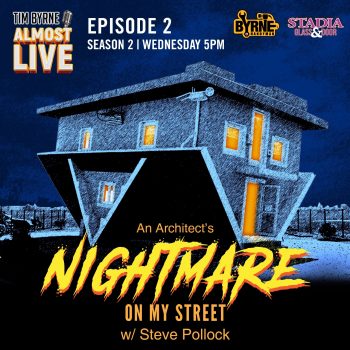 The relationship between architects and tradespeople is sometimes less than congenial. Today Tim tries to fix that. He’s invited Stephen Pollock, a Toronto-based architect with more than 20 years experience, onto the show. Tim asks all the questions every tradesperson has wanted to know about they guy behind the drawings.

First up is a discussion about how an architect figures out what to charge their customers. The rule of thumb is that an architect can expect to be paid between 5 to 7% of the total project cost. “I’ve never seen a project go under budget,” Tim says. People always want more than what they can afford. Stephen says the art of architecture is reconciling those differences. An honest architect will tell the client when they are not a right fit for a particular project.

Stephen dreams of building his firm and being able to mentor the next generation of architects. He has had plenty of bad bosses in his past and he wants to make sure that he doesn’t repeat the past.