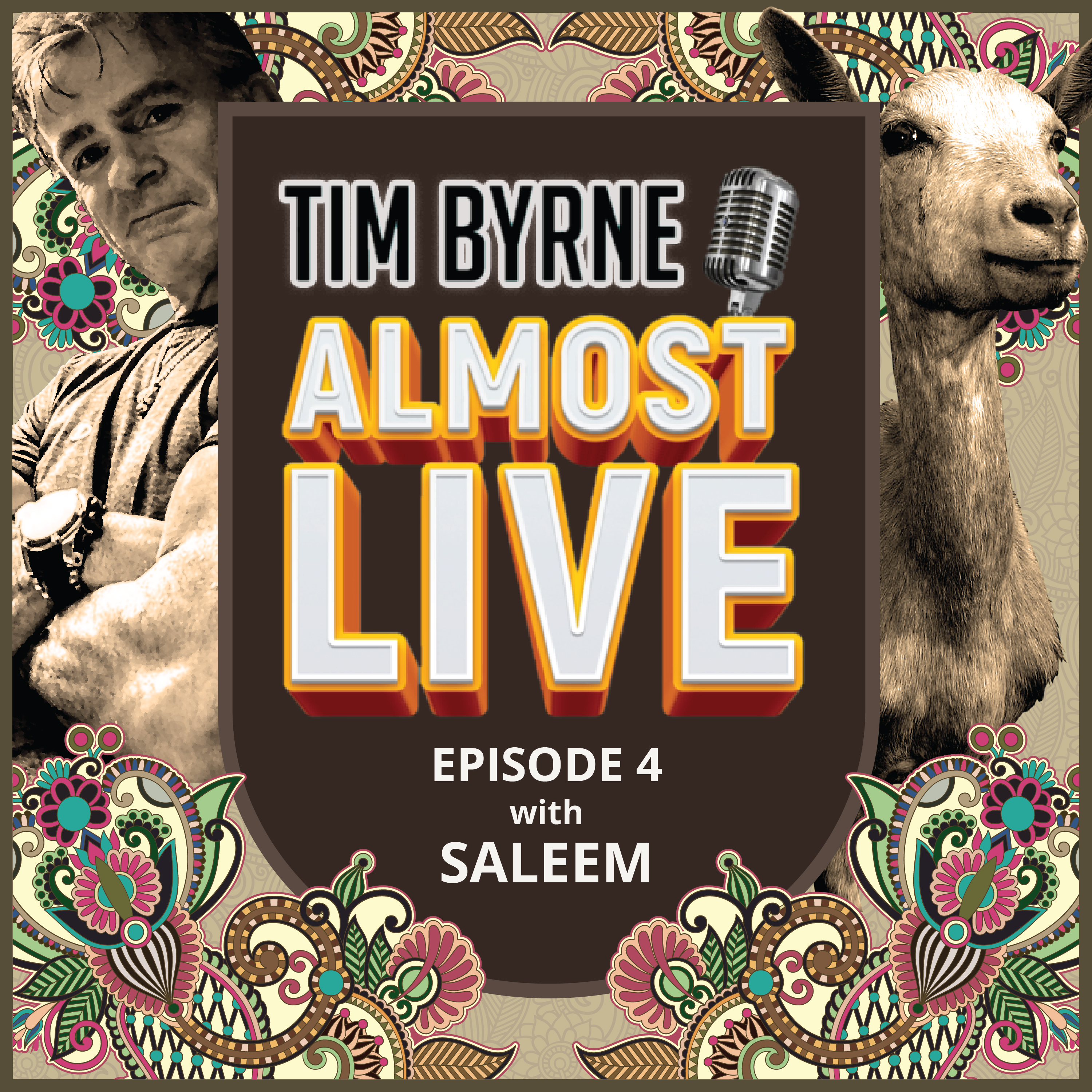 Saleem, Saleemo, Sal the Magician. He goes by many names but he is, perhaps, best known around the Stadia office for his catch phrase.

“How are you today Saleem?”

Chickie Bamboo. It’s a puzzling turn of phrase but one that, despite it’s intense silliness, has begun to catch on among Saleem’s co-workers. He’s been with the company for over ten years now. He started working with BOD not long after moving to Canada from his native Pakistan. Tim is eager to learn more about Saleem’s time working at the company as our chief estimator. And they also discuss Saleem’s experience as a new Canadian.

Saleem was married in Pakistan just a year before boarding a plane to his home in Canada. He first worked for AOL but ten years ago he joined Byrne on Demand working as estimator. He later crossed the floor to do the same job for Stadia.

Pakistan is, of course, a Muslim-majority country and Tim wasn’t long into their conversation when he started asking Saleem about his religion.

“Do you find this office to be culturally welcoming.” Tim asks.

Saleem says it is. He points out that when he first started with the company he got the OK to pray alone in the company boardroom. Saleem also leaves the office early on Friday’s for the evening service. He says he was unsure about how his co-workers would react. That feeling of uneasiness didn’t last long. Tim says Saleem has been his barometer to ensure that the company is as welcoming a place as possible.

After Tim finishes badgering Saleem about his personal life the two begin an intense session of office gossip. (Though it’s mostly Tim doing the gossiping.)

“What’s it like working for Mike Wickenden even though he’s ten years younger than you?” Tim asks, desperately searching for any sign of envy or animosity from Saleem.

Unfazed, Saleem causally replies that Mike is the more experienced of the two and he’s happy to work for him. He quickly adds that they have great chemistry on the job. Tim presses on with his line of questioning – eager to reveal some underlying hatred between his Director of Operations and Chief Estimator.

“Has Mike every yelled at you?” Tim asks.

Saleem says no but does point out that he knows when to avoid Mike’s grumpy moods. He quickly turns the tables on Tim and points out that in fact Tim has yelled at Saleem. Though Saleem charitably points out that Tim had the good taste to phone back a few minutes later and apologize for losing his temper.

The majority of Canadians leave their job every three to five years. Saleem is an outlier having stayed with Stadia for a decade. Tim asks him why he decided to stay for so long. Saleem says the company’s accommodating culture has been a big part of it. He adds that being a new Canadian with a wife who works full time while raising two young kids isn’t easy. The stability of staying with one job has been a big part of his success.

Tim and Saleem wrap up their conversation with a discussion about the frustrations of the job. Specifically the pair commiserate about the annoying habit of some contractors who ask for estimates knowing they will never give Stadia the job.

“They’re using us as a check price.” Tim says. “And I’m OK with that. Just be up front about it!”

Saleem agrees and the pair finish their conversation with Tim asking to hear a joke. The result is not worth writing about but it does confirm that although Saleem is one of the nicest people at the company, he’s definitely not the funniest.